Cleanliness is important in most things. You don’t fill your sink with dirty dishwater and leave it there. You don’t let coffee sit out for hours and then drink it. You clean up after yourself, you keep the spaces you work, sleep and live at a certain standard. Your metalworking fluids should be treated the same way. 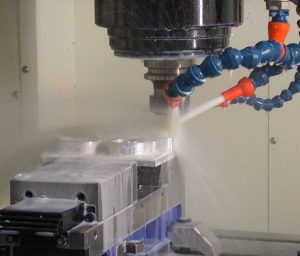 Ensuring that finished metal pieces arrive in the same fashion they were created in requires diligence and care. Workers on the front line must be attentive to their pieces, to the conditions that pieces are in, but also to the other elements of production.

In this series, we’ve discussed five other processes that help eliminate the possibility of corrosion on metal. Now that we’ve reached the half-way point we’re delving into a process that is too often overlooked– keeping metalworking fluids clean.

In recent years, regulations on foundries and waste disposal have grown increasingly stringent. Metalworking fluid disposal has been increasingly scrutinized to minimize environmental concerns. Foundry management has been forced to concentrate more on how to dispose of fluids properly rather than focusing on their efficacy and longevity in the metalworking process.

To ensure that fluids are working at peak efficiency there are a number of checks that should happen daily, weekly and on an occasional basis.

Daily, Water levels, tramp oil, concentration levels and total oil levels should be checked and tended to if need be. Weekly, biological growth and dirt load should be monitored. Occasionally, fluid should be checked for rust, foam, filterability and settling. Keeping an eye on these elements can substantially reduce the risk of corrosion and save money on replaced fluids.

At Green Packaging Inc., we’re fighting to reduce rust, kill corrosion and ensure that every metal piece manufactured works, and looks the way it was intended. We believe in the power of our anti-corrosion supplies for foundries, the same way we believe in our twelve-step process.

If you’re looking for a place to buy vapor corrosion inhibitors, or you’re interested in reading the previous five steps in our series, visit https://green-vci.com. Check back with us next month when we’ll be detailing the seventh step in our process: Using deionized or distilled water in cleaning fluids and metalworking fluids.